NECROPANTHER to Release 4-song EP: In Depths We Sleep

The latest EP from Necropanther, In Depths We Sleep will be fully released on Bandcamp on March 12. 2021. It is currently available for pre-order, which includes a streaming track for your immediate listening pleasure.

Written by Paul Anop and performed by Necropanther, the EP tells a dark story of sailors on a whaling ship.

This EP was performed and produced during the time of COVID-19, without the band physically working together.  Each member performed their part individually and through technology, the parts were melded together into the final product.

Each member of Necropanther is a talented composer.  Their EP series is being released between full-length albums to spotlight an exclusive songwriting voice in the band.  Previous EP releases include "Oppression" (Marcus Corich) and Et Unyttig Liv (Haakon Sjogren).  All previous releases are available at necropanther.bandcamp.com. 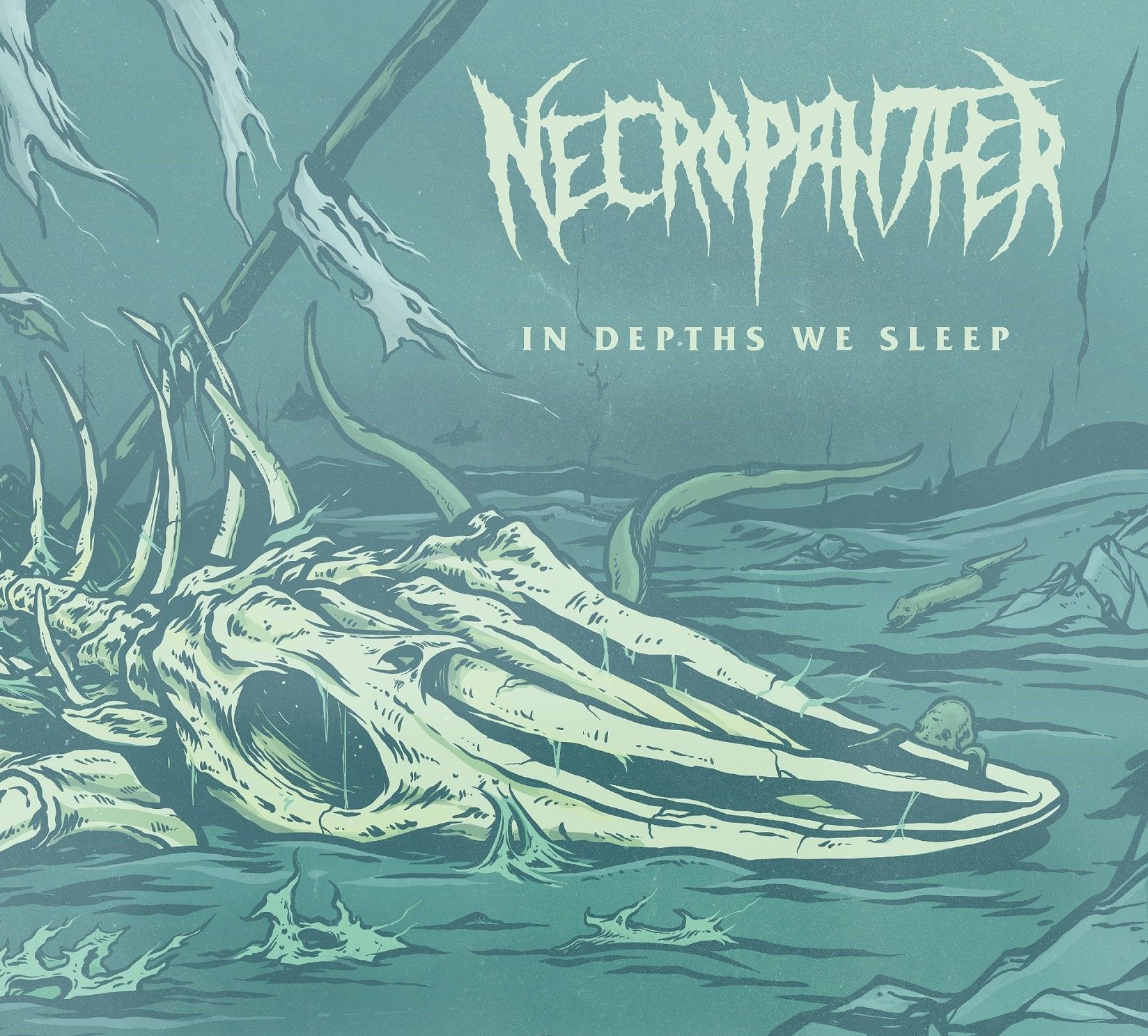 Head on over to Metal Trenches podcast to hear the fun interview they did with Paul and Marcus.  Topics include Denver Metal, Adult Swim, the new album, the band looking forward and more.

Colorado extreme metal troupe NECROPANTHER will unleash their third full-length this November. Titled The Doomed City, the fiery 13-track effort pays homage to the sci-fi classic Logan’s Run which depicts a utopian future society on the surface where the population and the consumption of resources are maintained in equilibrium by killing everyone who reaches the age of thirty.

“We chose Logan’s Run as a deliberate challenge to youth culture. Rebellion is not about decadence.  Fundamentally, it’s about ethical beliefs that undermine authority and power,” notes guitarist Joe Johnson. Adds bassist Marcus Coruch, “The story of Logan’s Run is thematically rich. I think we each found areas of relevance in the story and made those portions our own.”

The Doomed City, which serves as the follow-up to NECROPANTHER’s 2018 critically lauded, Dune-inspired Eyes Of Blue Light full-length, was recorded at Green Door Recordings with Felipe Patino (NOFX, Rise Against, Casualties etc.) and mixed and mastered at Flatline Audio by Denver’s own Dave Otero (Cattle Decapitation, Allegaeon, Khemmis, Primitive Man).

“I feel like we are really reaching our stride in our songwriting and recording process,” says vocalist/guitarist Paul Anop of The Doomed City. “The drum performances Haakon [Sjogren] put down are some of the best I’ve ever heard and working with Dave was great. He had an ear for what we wanted so it went really smoothly.”

Chimes Sjogren “This album is unique – every member wrote music and lyrics. It was a very collaborative effort. I think we succeeded in creating a strong album fusing multiple voices and sub-genres.”

NECROPANTHER’s The Doomed City, which comes swathed in the cover art of Denver designer and illustrator Max Sherman, will be self-released November 15th on CD and digital formats. For preorders and to sample first track “RENEW” visit the NECROPANTHER Bandcamp page: Necropanther Bandcamp

We have some great shows coming up - mark your calendars!

We're playing with Goatwhore and Ringworm on August 24 at the Black Sheep in Colorado Springs.  ALL AGES SHOW!

Get your tickets here:   Goatwhore/Ringworm/Necropanther Tickets

DENVER HEX is happening September 6th and 7th, featuring Lightening Bolt, Pig Destroyer and a ton of other great bands, including Necropanther!  Shows are happening at the Bluebird, Goosetown Tavern and Lost Lake.  We'll be playing at Goosetown on Friday, September 6.  You can get single day tickets or 2-day passes here: Denver Hex Tickets

“Oppression’s distinct combination of death metal’s technicality and thrash metal’s go-for-the-throat speed is delicious to listen to,  and will have fans of both of those genres headbanging along in approval.” -- Kerrang!

Oppression is the first EP from NECROPANTHER.  It  tells the story of an artist interned in a forced labor camp so that the state can stifle his art. The songs reflect the confusion, violence, and dread of institutional abuses, presented in a melodic death metal style that is distinctly American. Oppression depicts political failure and the claustrophobia of a world without privacy, refuge, or self-expression.

This 3-track EP was written entirely by  bassist Marcus Corich, Oppression was recorded, mixed, and mastered by  Paul Anop and Joe Johnson. 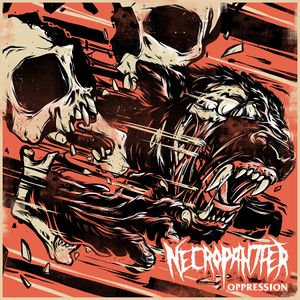 We are honored that so many metal fans have listened to, downloaded and purchased our new album Eyes of Blue Light.

The reviewers have been kind to us, as well.

Read what they have said about the new album RIGHT HERE.

Want to see Necropanther but live outside the Denver area?  We're coming for you!

Necropanther is currently in the process of putting together shows to meet metal aficionados in other states.  We are looking forward to travelling to northern and southern Colorado, Wyoming, Kansas, Texas and New Mexico this spring and summer.

We are also playing some pretty incredible shows in the Denver area as well.  Watch for us at the mighty DOYLE show and at another amazing Denver festival that's still under wraps.  We will also be playing some of our favorite room with some favorite local bands.

If you're outside the Colorado area and want to see NECROPANTHER, drop us a line

Keep up with all of our shenanigans right here:  NECROPANTHER SHOW SCHEDULE 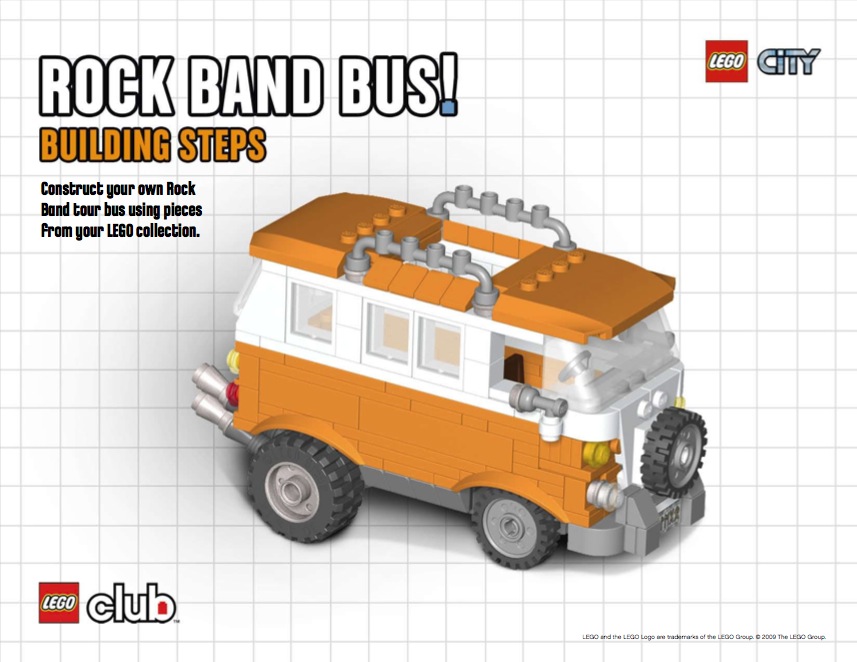 Can't wait for our CD release show on February 24th at the Hi-Dive?  PRE-ORDER!

We currently have pre-orders available for download on our Bandcamp page.  Purchase now, and you will be able to download the full album on February 23rd.

You can also pre-order physical CD's right here on our website.  Place your order now, CD's will ship on February 24.

One of the things we are most proud about with Eyes of Blue Light is the broader songwriting input from band members.

All three, both individually and collaboratively, wrote the album's Dune-inspired lyrics.

We recently learned that a track on EoBL shared similarities with a song released in 2006 by an American Heavy Metal band from Austin.  The track in question was written by a former band member and this was his only composition on the album.  The other members of Necropanther do not have deep familiarity with the Austin band, so the similarity was not previously noticed.

We pride ourselves on originality and artistic merit and it was extremely disappointing to discover (after the album was completed) that this song fell short of those standards.  This track will no longer be performed live.

An early taste of Necropanther's upcoming album "Eyes of Blue Light" is  waiting for you RIGHT HERE.

Imperium Overture introduces the story line of DUNE, which is chronicled in this upcoming release. 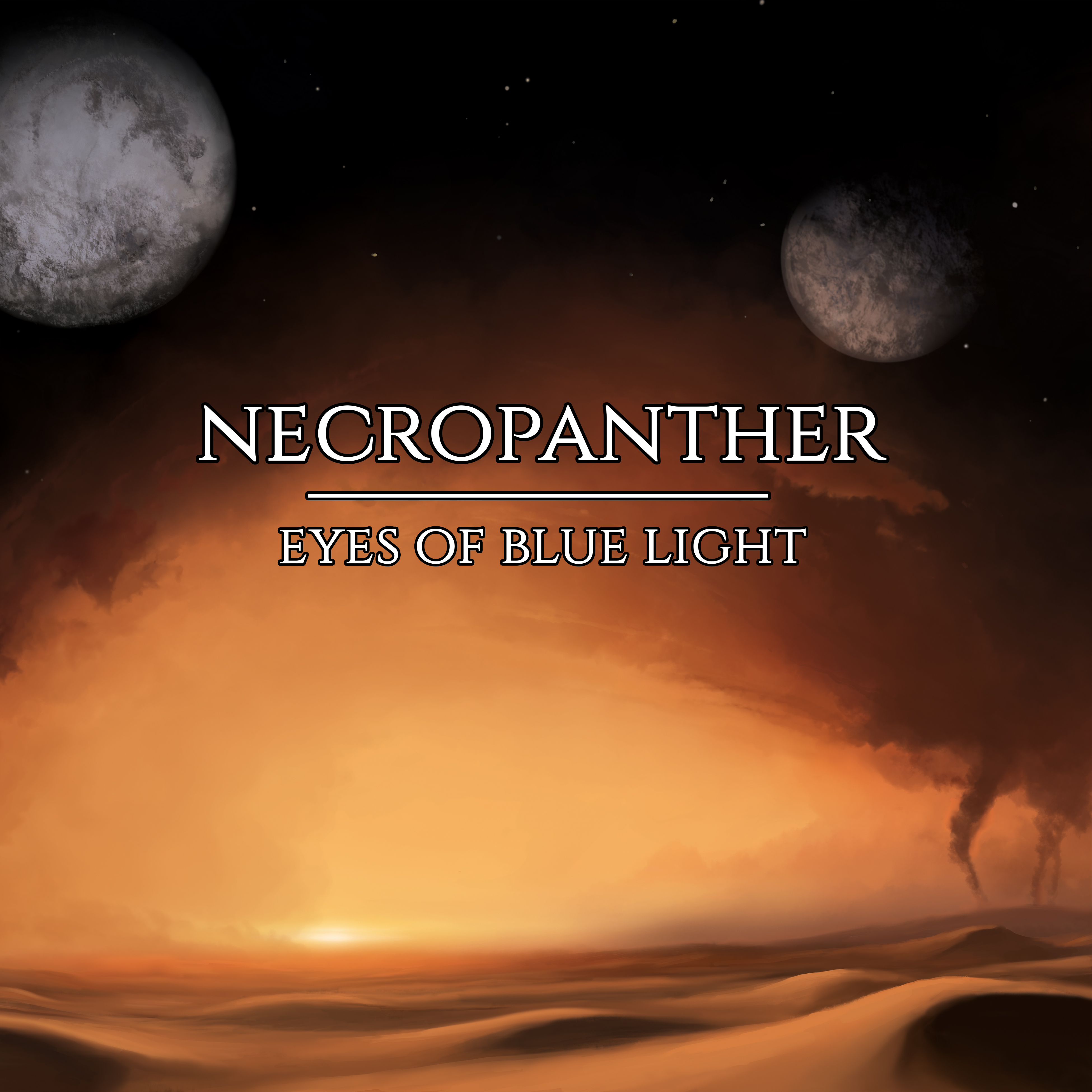 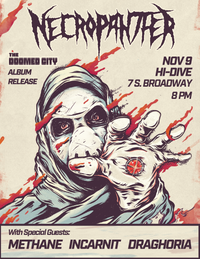 Join us as we release our third album with Sweden's "Thin the Herd" Tour featuring METHANE and INCARNIT, and our NoCo friends Draghoria. 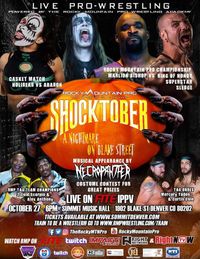 Rocky Mountain Pro Wrestling sensation Curtis Cole has been "walking out" to Necropanther's music for years. On October 26th, he has invited them to perform LIVE at the Shocktober event. Metal and wrestling - two great things that taste great together. Don't miss it! 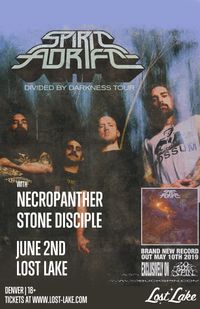 Spirit Adrift joins Necropanther and Stone Disciple on Sunday, July 2nd. Hop over to the Store page for BOGO tickets! 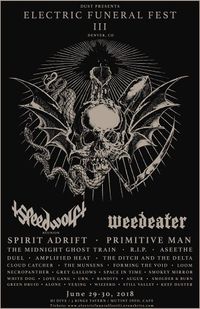 The team at DUST Presents is at it again with their renowned 2-day event. This year's Fest will be one for the books. Necropanther is playing with SPEEDWOLF on Friday, June 29.

Get your tickets fast - they won't last.

We can't think of a better way to spend your 4/20 than with our friends in GREEN DRUID and GHOSTS OF GLACIERS.

Necropanther is headed to Cheyenne! Stay tuned for more details 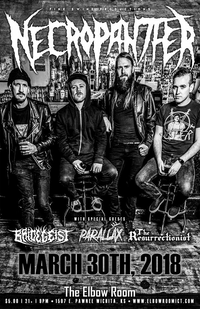 Necropanther returns to Wichita to play with our friends in Parallax and Bridegeist. This one will be a face melter. 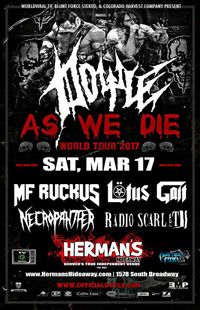 Join us with our friends in Lotus Gait, MF Ruckus and Radio Scarlet as we welcome the one and only DOYLE to the Mile High City! 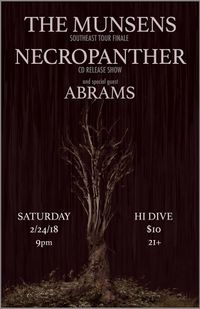 Not only is it our CD Release show, but it's also the finale of the Munsen's southeast tour. Plus, the Always Awesome ABRAMS! Don't miss this one kids. $10, 21+ 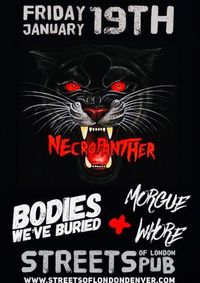 $5 Show! 21+ Come get your face melted and help us welcome our bassist, Marcus Corich. 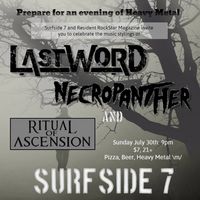 Metal! Pizza! Beer! What better way to spend a Sunday night this summer?

To Be Determined, Denver, CO

Necropanther has been invited to play the UMS! Stay tuned for specifics. 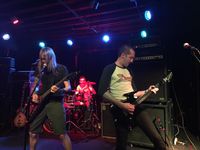 Sugar Skulls & Marigolds, Cult of the Lost Cause and Necropanther 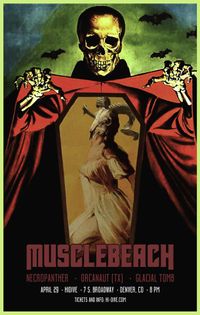 Join us for the debut of Denver's hottest new metal band: GLACIAL TOMB! 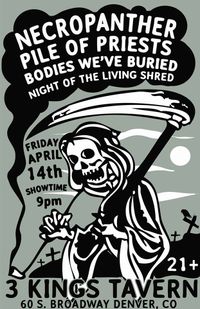 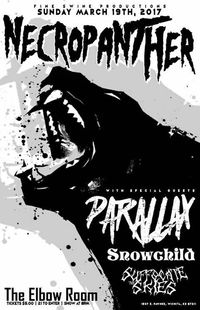 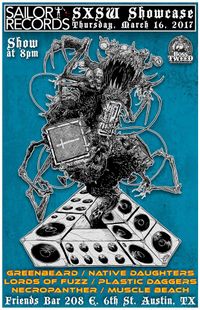 NECROPANTHER at the South by Southwest Music Festival! Come see us with our label-mates on Sailor Records as we burn Austin down!

Necropanther are a melodic death metal band from Denver, Colorado.